Recommended Tracks- “Slow Down”, “Forward Thinking”, “You Save Me” 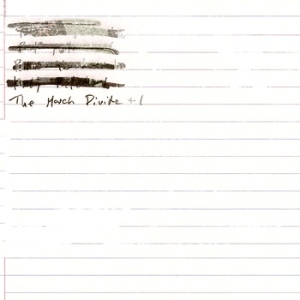 This band is fantastic. That is almost all that needs to be said about them. We last looked at their sophomore release, Billions, back in November and they are back again with their third studio album, +1, and they seem to have only gotten better. They are a powerful alternative rock/americana band with killer lyrics. Jared Putnam gives it his all once again on this album once again and it was rewarded with another great album.

They experimented with different sounds as well, most notably on the track “You Save Me”, which introduces a tambourine and what sounds like it could be a mandolin. The melody is reminiscent of something you would hear from a band like American Authors or even Imagine Dragons. It is very different from the rest of the album and not only does it sound great coming from them, but it almost sounds natural. Jared does a good job with the lyrics as well as the vocals. This song is amazing.

If you’re looking for what brought these guys to the dance in the first place, “Forward Thinking” is the song for you. This song is reminiscent of “Dumb Luck” and “Mislead” off their last album, but somehow better than both of them. This features a lot of guitar and drums, but they almost seem like background noise at some points because you will get so engrossed by Jared’s lyrics and vocal talent. This is the best song on the album by far, and it shows these guys should be able to keep going up. “Slow Down” was a close second for best song on the album. Instead of having the instruments going all out for the length of the track like they do on “Forward Thinking”, here they slow down for the verses making Jared shine even more until they erupt for the chorus. Both songs are great but “Forward Thinking” just barely edges it out.