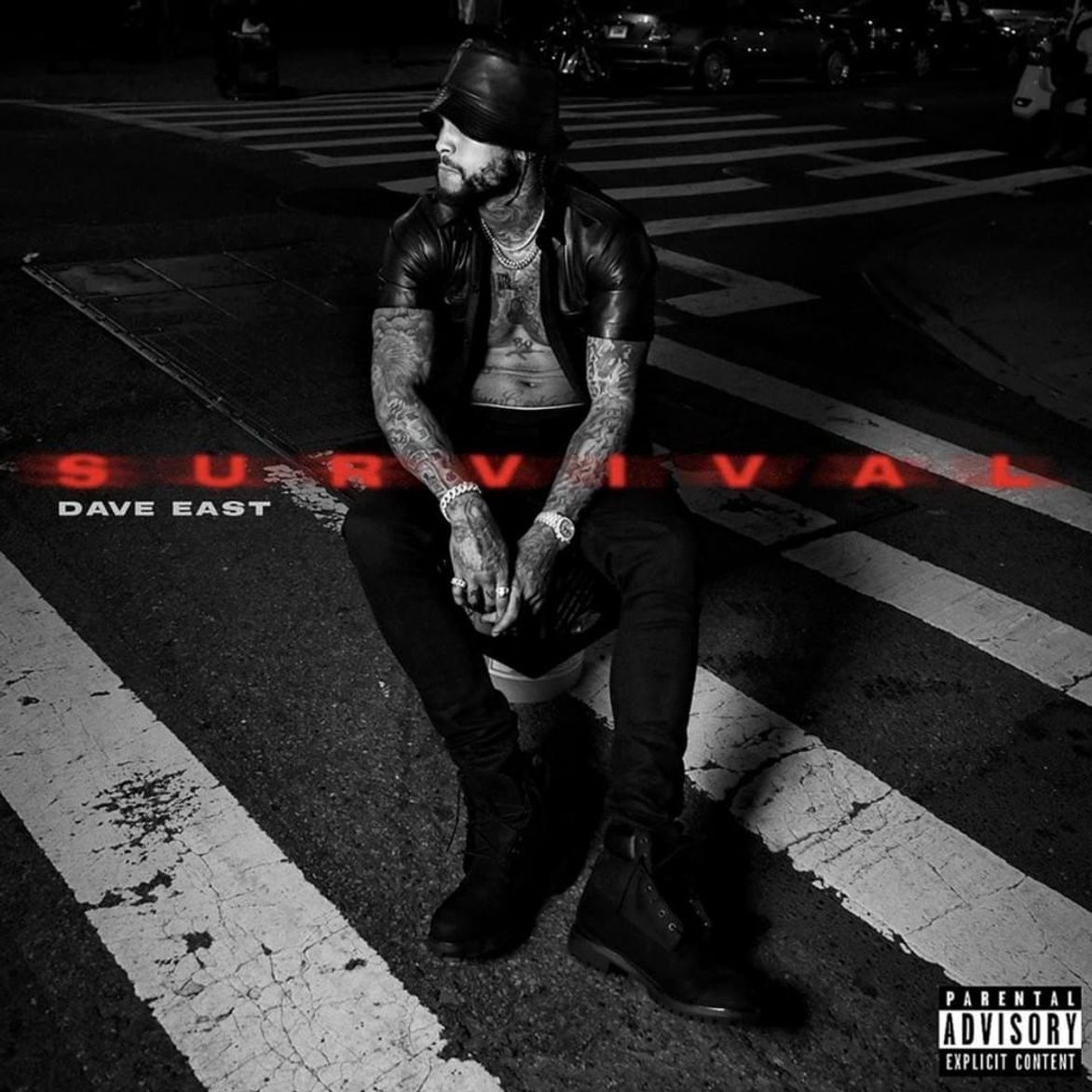 Dave East, the Harlem MC, came into the rap game in the early 2010s as an uprising rap star. He would, then, be featured in the 2016 XXl freshman class Magazine, which is an annual list of the hottest or uprising superstars across the country with different cities representing different rhymes because of their unique sounds from each city.

In 2017, Dave East released his first debuted album called “Paranoia: A True Story,” featuring artist like Chris Brown, Young Jeezy and other rappers. The album peaked at number nine on the Billboard Top 200 Albums. Dave East’s rap style is this gritty and raw street lifestyle coming at you,. His lyrics talks about the daily life in the hood, where poverty and violence occurs everyday. At the same time, those who are struggling in some sort of way in life can be inspired while listening to him. It’s almost like he’s walking with you as he paints the picture for you.

While listening to the new release, “Survival”, each song on the album sounds like Dave East is giving you a glimpse into different parts of his life. From his adolescence years to where he is now, the young Harlem Artist grew up in the hood where violence can occur anywhere and had to adapt to the environment much faster than other people not from with this violence. Dave East features many artists in such as Harlem legend Max B, Nas, Lil Baby and many more.

The first few songs in the album, like “On My Way 2 school” and “Seventeen,” paint a picture for the listener to be in his shoes. The song “On My Way 2 school” express how things looked for him at a young age, while going to school is an everyday thing for him and most kids growing up. The song starts off with alarm on and his mother waking him up, while throughout the song Dave East just talks about things he could have done or should’ve never done; if he had stayed in school:

Another song on “Survival” that Dave East expresses a lot of his struggle in is “Need a Sign.” He shows this by making the song through his mom’s eyes, which he expresses in his lyrics about the pain and suffering he had to go through to get where he is at now. When listening to the song, it’s like the moment when you know life is getting better because of opportunities that are being used to your advantage like Dave East did when he signed a record deal with Nas’s label called Mass Appeal Records.

“Need A Sign” (which features Teyana Taylor) starts off with Dave East’s mom talking about how Dave East has this opportunity. The saxophone on the song sounds like one of the songs on rap artist Fabulous’s mixtape series called “Soul Tape,” where it is chill and has the New York vibe with lyrics painting a picture.

In addition, the song “OG” (featuring Rick Ross and The Dream) is another song like “”Need A Sign,” but when listening to “OG,” it has that piano melody, sounding like one of Rick Ross’s songs called “Diced Pineapples.” However, with this song, it just sounds like if you’re in Miami driving fast on a car: just trying to get to this girl you like, but she has a man.

“Daddy Knows”  has to be one of the most underrated songs on this album because it’s a much deeper song about his daughter, Kairi East, coming into his life. While listening to the song, it’s like Dave East is talking to his daughter one on one about how gracious he is to have her presence. I feel like any father listening to the song can relate to it, when you’re just working hard and your only focus is giving everything to your child, especially the relationship between the father and the daughter.

“I trade it all for you before I write my last rap / When you get older, I’ll tell you how I stash packs / And tucked weed in my socks and had to flee from the cops / But forget that, I’d rather teach you ’bout independence / And how the world is yours and you don’t need nobody in it (Word)”

The last song in “Survival” is a Nipsey tribute called “The Marathon Continues,” which Dave East pays respect and memory of Nipsey in the song.

Nipsey Hussle, who is a well known rapper and activist, died from being shot at his own clothing shop called “Marathon Clothing” earlier this year on March 31, 2019.

The intro of the song has Nipsey talking about the “Marathon,” which for Nipsey, is the long going process of not quite getting to where he was as an artist and community leader. Nipsey’s message was always to continue no matter how hard it gets. While Dave East is rapping, you can listen to the pain and memories he has with Nipsey Hussle.

“You was at my birthday, my mama asked me about you / She used to ask what my shirt say, “Ma, this is Crenshaw” / I’m supportin’ my brother, reminding me of myself / Motivated me from the gutter, invited me to your videos / I was smokin’ Marathon OG with you / Every time I touched down in LA I wanted to meet with you / Me and Reg smokin’ flight right in the parkin’ lot / Fatts had me in the store puttin’ me a pack together / I’ma listen to your raps forever”

Towards the end of the song,  Snoop Dogg pays tribute as well by saying: “I have seen brothers from everywhere, man. Showing’ love, all in your memory. Man, your legacy will live on. Your legacy will live on, nephew. The Marathon Continues. Nipsey Hussle the leader, the father, the brother, the teacher, the king, the God. Live on.”

Overall, I would say that this has to be a New York classic for Dave East. Each song in the album sounded like you were in a different part of  New York. Also the change of perspectives of Dave East life, before and after the fame, along with ending with a tribute to an artist that is a legend to a lot of people demonstrates the message and concept of the album well.