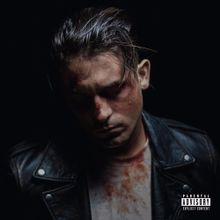 It was between late 2015 and early 2016 when I first heard some of G-Eazy’s music. The song was Me, Myself, and I from the When It’s Dark Out (2015) album. In that moment, I knew I would enjoy his songs and albums that were to be released in the future, and to this day that is still entirely true. What solidified this even more for me? A two-day trip to the Darien Lake Amphitheater on July 29th, 2016. Along with his tour partner Logic (Robert Bryson Hall II), the way Gerald Gillum (G-Eazy) control the crowd and got them riled up was a sign of true excellence and passion for his art.

The material from When It’s Dark Out was the turning point in Gillum’s career, bringing him into a spotlight in the hip-hop/rap community. There were also the albums Must Be Nice (2012) and These Things Happen (2014) but those may not have brought the attention like When It’s Dark Out did. What mainly stood out for me with this album was the story of Gerald Gillum’s life that is told in the song Everything Will Be OK. It clearly tells of his past experiences that lead Gerald to this point of success in his life. The struggles that afflicted him forced Gerald to grow up early and shaped him into the man and the artist we know today.

Enough of the past, lets focus on the present album. The Beautiful & Damned is completely stacked with strength and fire throughout every song. Choosing certain tracks to recommend was difficult, so I say this now… this entire album should be listened to from start to finish. No skipping. No blind listening while you’re busy doing other tasks. Sit down when you have about an hour of free time and appreciate the effort and time that went into this work or art. If one song had to be chosen as one of the top tracks (in my opinion) it would have to be Pick Me Up ft. Anna of the North. Anna of the North adds a smooth and sensual audio chorus that fits her extremely well while the fluctuations of voice tone for G-Eazy adds a new level of entertainment to it all. Overall, I consider it the top song of the entire album. Pre-released singles, now tracks, such as Him and I, No Limit, and The Plan still define the album as well, but they lack in comparison to Pick Me Up. All 20 tracks sound amazing as a fan could hope. Certain tracks may be considered better than others, but that all is for the listener to determine. Overall, this is a very enjoyable and textured album that leaves the listener wanting more, and we will most likely be receiving more at a later date.

The future looks brighter than ever for Gerald Gillum’s career. Keep this up and I will be trying my hardest to be seeing him live again someday. Until then, I will settle for a pair of headphones and digital downloads.