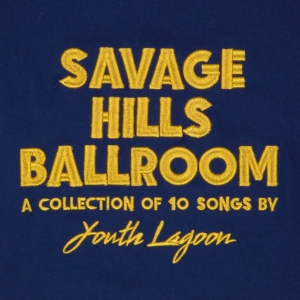 Youth Lagoon’s Trevor Powers is one of the more obscure artists to come onto the scene. Known for his post-production magic and billowy hair, Powers gives a similar twist to his music. Savage Hills Ballroom draws this obscurity through its subject matter. Emphasis is placed on mental distress especially of Powers own experience with his close friend’s death. Powers draws his listeners to a dark place through this experience and takes his listeners along on his mental trials.

“Highway Patrol Stun Gun” brings a heavy orchestral sound. The threshing of synths is mixed together with a softer piano starts off the song. The song also adds some traditional instruments with the use of a violin and drums. Powers presents us with his low-pitched, shrill voice that seems to bring the song all together as one.

“The Knower” begins slow, but culminates into something bigger. The song starts with Powers’ vocals, but throws other elements into the mix as the song progresses including some horns and a rattling drum. Powers steps away from his usual ambient sound to give a different approach to his music.

“Rotten Human” draws you in with it’s dreamy guitar. The synths come together with the high tempo drum beat. This is one of the few songs in which Powers vocals don’t match the vocals. They come off as dragging and chop away at some parts of the song.

Savage Hills Ballroom tugs away at Powers distaste with himself. The death of his close friend by drowning is what continued the descent that Powers began during his first two albums. Instead of drowning in his own sorrow, Powers brings it to the forefront and creates something quite haunting. In a sense, Powers draws you deeper into the album and transfixes through the story that unfolds within. Through Power’s music Savage Hills Ballroom is equally eerie as it is confusing.