The Academic’s get an A+ on their new album 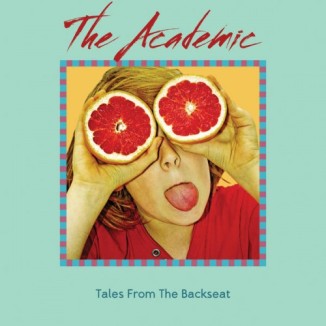 Out of every up coming band I’ve seen this previous year, “Tales From The Backseat” was one of my most anticipated ones. The Academic is a relatively new band from Ireland and are ready to take over the indie rock scene with this new album.

The sound from this album is filled with great indie rock as well as many nods towards pop-punk which creates a really addicting sounds. “Tales From The Backseat” starts off with “Permanent Vacation,” which is a great song to start off this album. It’s a great way to introduce their sound while providing a great sing-a-long song that will have you wanting more. They follow it with their single off of this album that you may have heard called “Bear Claws” has already been a solidified hit and gets a lot of plays on Spotify as well as radio air time. The entire way through, you can feel the music is confident yet it doesn’t over step its bounds. My favorite song of this album has to be “Bite My Tongue” which is so catchy you’ll

be singing it long after it stops playing. They end the album with “Girfriends” which is an amazing way to end the album, and has to feature my favorite lyrics on the entire album with “she says it hurts, but she’s okay / and can’t she stay with me anyway?” This debut album just makes me excited for more from The Academic.