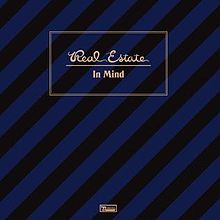 RIYL: Ducktails, Beach Fossils and The War on Drugs

Change is eminent in the music world. Whether it is a change in sound, or a change in line -up, changes can alter the whole landscape of a band. A huge change occurred within Real Estate’s dynamic when lead guitarist Matt Mondanile left the band to focus on his own band Ducktales. The band replaced him with Julian Lynch and brought back Matt Kallman on the keyboard for the first time since the band’s 2014 album Atlas.

In Mind serves as the crash course for Lynch to get acclimated with the band. Even with the change in a lead position, the sound does not change too much with the switch from Mondanile to Lynch. The guitar riffs from sounds lighter with less of an edge or fuzz that Mondanile’s guitar sound carried.

In “Darling,” the synth-backed guitar creates a dreamy environment for the listener. The guitar also emulates some elements of surf rock that the band has carried in previous albums that pairs well with the croon of Martin Courtney.

The jangle-filled guitar riff in “Stained Glass” comes the closest to capturing the sound from Atlas out of all the tracks on the album. Courtney takes a back seat in terms of vocals on this song and lets the instrumentals come together. All the instruments create a baroque influenced sound that sets a lighter tone for the song that captures the essence of dream pop.

While a change in the lead guitar position can change the whole sound of a band, the addition of Lynch has not been one to completely alter the dream pop sound of Real Estate. The consistency of sound between albums is not too far off, but the band still needs time to work with Lynch to gain a full scope of what he can do. The album is a good start for the band to begin to get comfortable with Lynch’s style. While not at the level of Atlas, the album is consistent with the band’s previous releases.

One thought on “Real Estate – In Mind”