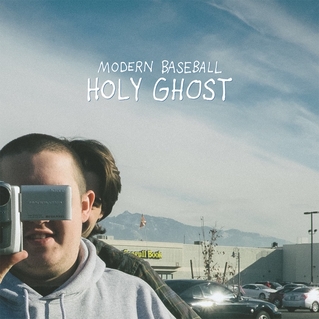 RIYL: The Wonder Years, The Front Bottoms and Real Friends

Holy Ghost by Modern Baseball is the band’s third album and they are back with more of the same sound that makes Modern Baseball great. From top to bottom, this album is filled with masterfully crafted songs, and even though I listed just my three personal favorite tracks, I recommend giving the whole album a listen.

As I previously said, Modern Baseball releases more of the pop punk sound they are known for, and on this album, their vocals are stronger than their previous two. Even though it seems we get a Modern Baseball album every 2 years, and we get the same style of sound from the band, the themes of this album do seem rather different than the last two.

It almost sounds like the band grew a little bit, and sing about serious problems. Brendan Lukens went to rehab and was diagnosed with manic depression, alcoholism, cutting behavior, and marijuana addiction, so some of that experience went into the writing on the album. Guitarist Jake Ewald wrote all the songs on the album’s A-side and Lukens did all of the songs for the B-side. I really recommend this album to anybody not only as a fan of this band but as pop punk in general.