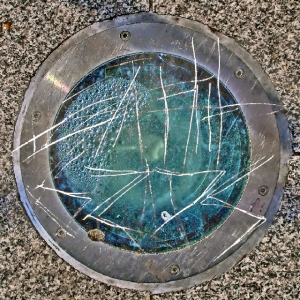 If you look up the definition of clusterfuck in the dictionary, you may find that The Powers That B’s cover will fall under the word. Death Grips new double album features everything you could possibly think of not going together. The mixture of punk rock and rap along with Björk vocals and technologically driven beats make for a ridiculous combination that by some unearthly reason works together. It’s as if Death Grips put fire and gasoline together and The Powers That B became the product of that mayhem and destruction.

The double album is composed of Niggas on the Moon and Jenny Death. Niggas on the Moon came out and received some buzz, but the focus has been placed recently on Jenny Death being that it was leaked on March 19th. This review will be broken up into the two different albums for a comprehensive understanding of each album because at 80 minutes long, it makes a lot of material to sift through.

Niggas On The Moon

Niggas On The Moon capitalizes on the techno/electronic sound they sometimes opt for as their main sound. Niggas On The Moon features Björk on all the tracks with vocal samples. The Icelandic singer provides a different voice to Stefan Burnett because Burnett utilizes a heavier screaming voice rather than Björk’s softer voice.

“Black Quarterback” comes as one of the more compositionally sound songs off of Niggas On The Moon, The percussion jumps around and stops at any given point randomly and fights with Björk’s high pitched crooning, but come together peculiarly like two missing puzzle pieces.

`“Say Hey Kid” uses more spoken word rather than rapping. The beats rapid drumming and reverbs keep the song bouncing all over the place. Burnett hits us with some peculiar lyrics talking about normal life like “Don’t it feel good to drive a bus? People need to get picked up.” The overall composition of the song is weird and creates an odd listening experience because of the obscurity of the song.

“Fuck Me Out” talks about sex in a darker light. The beat is a simplistic drum beat that turns into calamity. Björk’s voice is twisted into an orgasmic noise as it is hit with multiple blows by the beat.

Jenny Death is the extremely punky step brother to Niggas On The Moon. The album features more traditional instruments like the guitar and organ instead of Björk samples and a heavier techno influence. The album features Nick Reinhart from Tera Melos on guitar and he does not disappoint. The guitar is the only constant throughout the songs on the album. Every other element of the songs just jumps out and slaps you across the face at any given moment.

“On GP” is one of the longer songs on the album coming in at six minutes, but it’s something to be listened to. Reinhardt’s guitar creates a beautiful tone with a gritty, but stable picking. Burnett ops for off-beat spoken word in between guitar solos and makes for a unusual composition that sounds like orchestrated chaos.

“The Powers That B” has a beat that sounds like something that came out of video game. The beat is harsh and pairs along with the harsher spoken word vocals. The whooshing of the beat swings the song around through different rabbit holes and out to newfound beat changes.

The Powers that B isn’t exactly the prettiest product, but that was never what they were going for. Death Grips is marching to the beat of their own drum with their music. They stand alone because their music is unique and they create an experience for their listeners. The Powers that B is similar to some of their other work. They risk themselves through the repetition of doing the same thing, but that is what makes the band so interesting. You never know what’s going to happen and thats the fun comes out of The Powers that B.

One thought on “Album Review: Death Grips- The Powers That B”